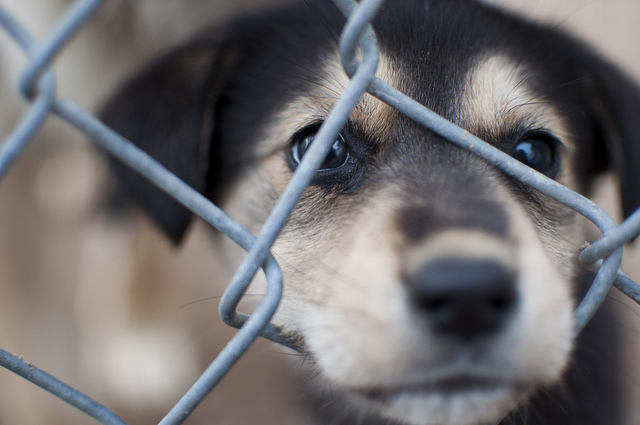 Shelby's curls bounced, as she turned her head, to look up at the man standing next to her.

"Can we get one Dad? Pleeeeease?"

"No," the man replied, not even looking at her. His gruff voice left no misinterpretation.

His friend looked up from under the hood of the car, and cleared his throat.

"Actually Daryl, you would be doin' me a real favour if ya would take one. I got heaps of the mongrels, and if I don't get rid of 'em soon, I'm gonna have to kill 'em. I need the bitch ready to breed again soon, and these pups are gettin' too old t' sell. You can choose one for nothin'...."

Daryl looked at the little girl, and she was looking at him, her eyes pleading him to say yes.

He didn't want a dog. It would be one more thing to give him the shits. But on the other hand, he supposed, it might be one way of keeping the girl occupied, so maybe she would leave him the hell alone.

"Ok," he said, not sounding at all happy about it. "But you gotta do everything for it. I don't wanna even know it's there, ya understand?"

She understood completely. The dog had to be just as invisible as she did.

Shelby nodded and quickly turned away, before he could change his mind. She already knew which one she wanted. The little one, near the back of the cage. The quiet, timid one, with the sad eyes. The one that reminded her of herself.

The friend opened the cage, grabbed the terrified puppy by the scruff of the neck, and dropped it into Shelby's waiting arms. She hugged it close, feeling its trembling through her clothes. She didn't know if it was a girl or boy, and she didn't care. She wasn't game to ask, in case her father had a preference. She would just call it 'Blackie', and that way it wouldn't matter.


The friend closed the hood of their car, and after sorting out payment, Daryl opened the door and climbed in. Still worried he might change his mind, Shelby was almost too scared to breathe, as she climbed in the back with her little bundle. Little Blackie, obviously grateful for her warmth, tucked its head in further and snuggled in to her. The trembling was still there, but not as pronounced as it had been, and Shelby smiled, something she rarely did.


As they drove away, she turned her head towards Daryl's open window and let the breeze blow across her face.


She was beginning to feel something, that in all of her six years, she'd never felt before.