It's hard sometimes to accept you're getting older.

What I find harder to accept though, is getting wider.

Wasn't it supposed to be 'wiser'?

Tell that to my arse.

As most mum's will tell you, your body changes after you've had kids, and mine certainly has. Don't get me wrong, my kids mean the world to me and I wouldn't give them up for anything. But sometimes it's hard to look in the mirror and see the reflection looking back at me. It's as if the person standing there isn't me. In my face, I'm sure I still see a 'twenty something' year old, because that's how I still feel! But then my eyes travel downwards and I suddenly see those extra twenty odd years. Blah!

Over a week ago, I was down at the local shopping centre NOT clothes shopping (as I haven't clothes shopped in I can't tell you how long), and everything changed.
I was just walking along when BAM!.....I was stopped dead in my tracks by the sight of this pair of jeans hanging in a shop doorway. Man, were they one sexy pair of jeans!!!

Of course, it's nothing new to see clothes I like. I quite often see an item and think "wish I could wear that," but then continue on my merry way down avoidance street.
But these jeans were something else!
I picked them up, turned them around, and felt the cool, soft denim. I imagined how good they would look on, and just for a fleeting moment turned towards the fitting rooms. However, then reality hit and I put them back on the shelf. Yeah, of course they would look great! On somebody else.

I know that most women would probably look at me and think I've got nothing to worry about. And compared to a lot of women I guess I haven't, at least not any more. Over the last year and half or so, I've lost approximately ten kilos, but I've still got a little bit more I could lose. I still can't fit into most of the clothes in my wardrobe, and I refuse to buy more when I'm not where I would like to be. I don't want to be waif thin, I would just like to be firm....without all the wobbly bits. I would like to be able to wear great jeans without the 'muffin top' hanging over the edge. Just like I used to! 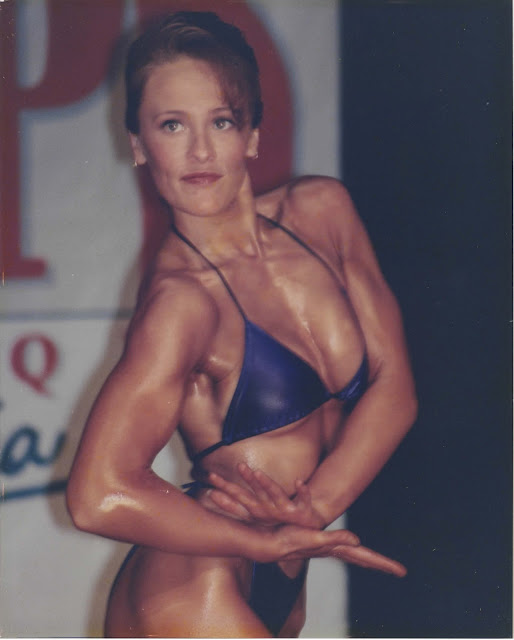 This was me at the ANBF (Australian Natural Bodybuilding Federation) Melbourne titles in 1994.

I'm not saying that I would like to look exactly like this now. In fact, I'm not even sure I could, after all, I was a lot younger then. But it would be nice to be toned and athletic once again. Maybe even feel sexy from time to time! Yeah.... in the words of Justin Timberlake, I want to bring sexy back! At the moment there's no sexy here.....sexy turns and runs in the other direction!

So I've decided to do it.

As of March 2nd, I started 'Ripped in 30', a DVD workout by Jillian Michaels. It consists of four different levels, of a week each. And boy, are they tough! If you haven't done any of Jillian's DVDs before, they are well worth it. It was mostly her '30 Day Shred' DVD that helped me to lose the last of the ten kilos, as well as about seven centimetres around my middle! All you need is some hand weights, a mat (if you have a hard floor) and a bit of space! I have a real love/hate relationship with Jillian! 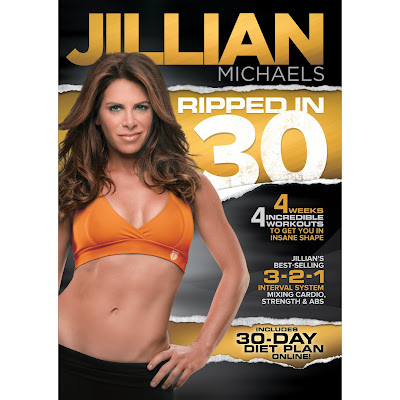 So, I have decided to do each level straight through for the seven days, and then have two days rest. Week one is done and dusted, and today was Day two of the second week.
I have already lost two centimetres from my tummy and one centimetre from everywhere else (except for my thighs which have stayed the same)! Not bad going.
Of course I am also watching what I eat. You know what they say..... 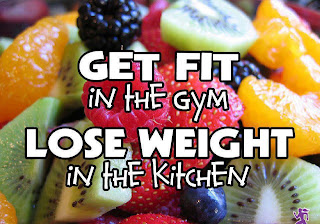 I'm not dieting, but just being sensible. Eating everything in moderation.

I have no doubt that if I started going to the gym again I could get this done. And one day, I will probably do that. But, for the moment, exercising at home is what works best for me. That way I can do it during the day, around my other errands and chores. Of an evening, which is when I would need to go to the gym, I'm just too exhausted. I want to prove to myself that I can achieve weight loss and fitness at home, as long as I put in the effort. Maybe I can prove it to you too!

In roughly four weeks, I plan to be wearing those jeans! Follow my journey....hell maybe even join me! There might be an outfit that you saw that you'd like to wear, but wouldn't, feeling the way about yourself that you do at the moment. Let's do it together!