I have a few pet hates. I'm sure everyone does. You know the ones....they make you grit your teeth and feel like your head is about to spontaneously self-combust!

I was confronted by one of mine when I got up this morning. There, lined up on my kitchen bench, was my son's toy cars. 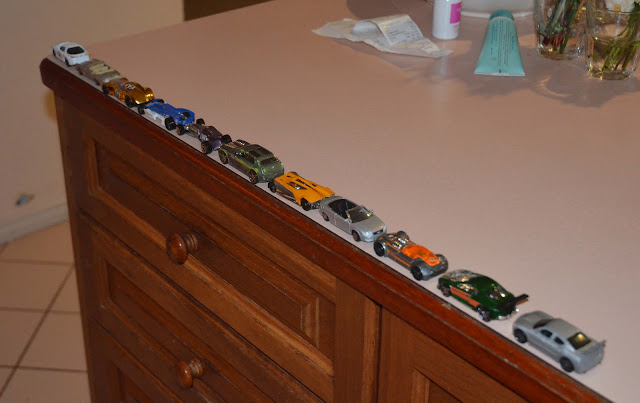 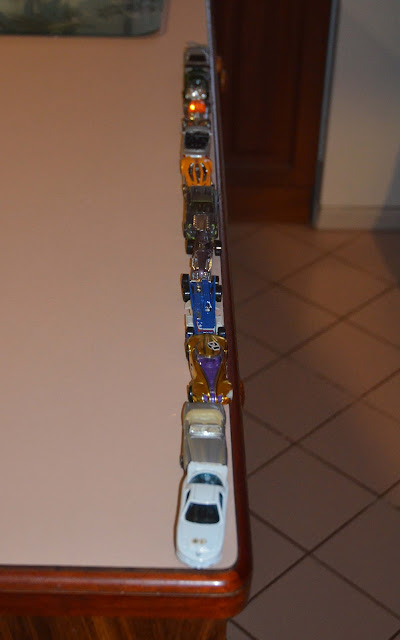 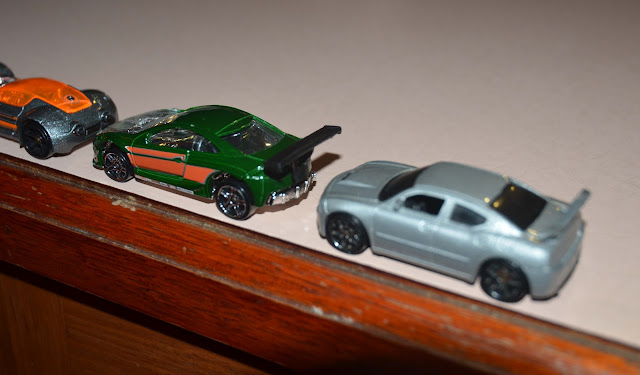 I love my son, of course, but I can't stand his toys on my bench!

I have mentioned my son before, and the little peculiarities he has due to his autism. They generally only last for short periods of time, before being replaced by other odd things, that are all just a part of being Darcy.

Well, I have been waiting and waiting for this to disappear, but unfortunately, it looks like it is sticking around, dammit!

From the moment my kitchen bench was at his eye level, he has played there. It was the perfect height for him to be able to push his cars back and forth, while watching the wheels very closely. And study them he does, with a focus that is sometimes hard to break.

Now he's taller than the bench, but it hasn't lessened his passion for playing there. Most days I have to ask him to remove at least four or five cars before i'm able to start preparing a meal, and I usually have to remove a few myself before making lunch, while he's at school, as they've been left there in the morning.

I actually think I handle it really well, considering how much I hate it. Most days I stop, take a deep breath, and then ask him nicely to put them back where they belong so I can use my bench. But some days, I have to admit, I just get completely fed up!
"DARCY"!!!!!
What can I say....I'm human! 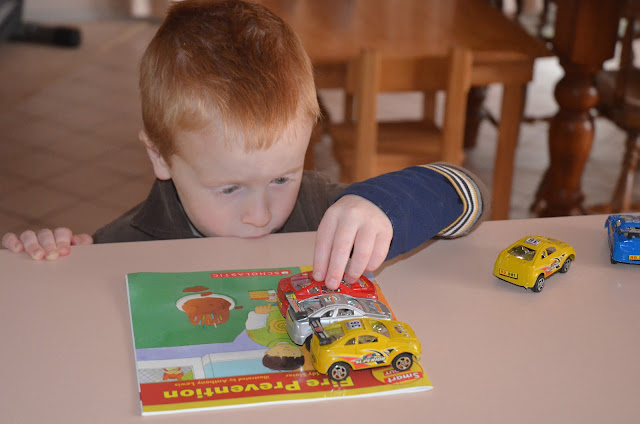 I guess I'm just going to have to put up with it for a bit longer. And grit my teeth I will!

What are your pet hates, and how do you deal with them?