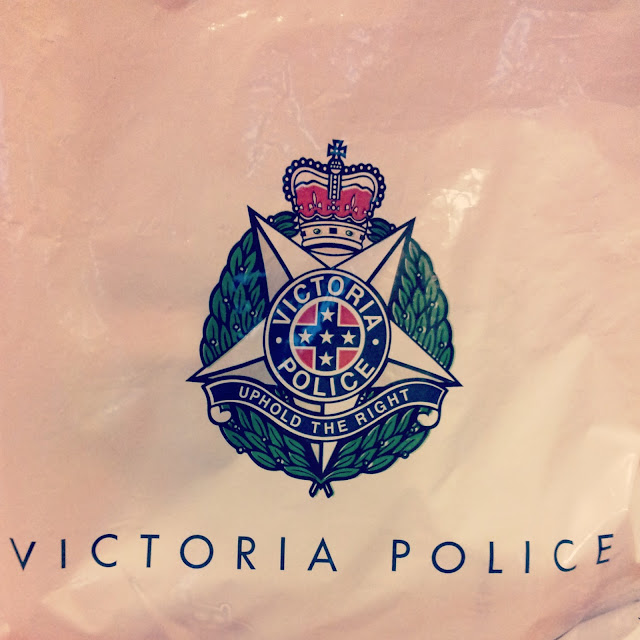 My son is mad about police cars!

Especially when they have the lights and siren going.

His Aide at school has been working on some issues with him, and as he has been working hard and improving, they decided as a treat to see if they could get a policeman (who was coming to talk to the Grade Fives and Sixes) to spend a few minutes with him.

Unfortunately, on the day it was supposed to happen, the policeman wasn't able to stay, but yesterday he came back especially to see him!

He took my son out to the police car and let him sit in it, talk on the radio, and best of all, let him turn on the lights and siren!

You can imagine how ecstatic he was!

He was also given the above show bag, with a heap of things in it such as a drink bottle, magazines, a little blue light as well as other bits and pieces.

He has barely put it down!

He carries it around pretending he's a policeman, going off to help people.

So today I'm grateful to Victoria Police and the lovely officer who made my son's year.