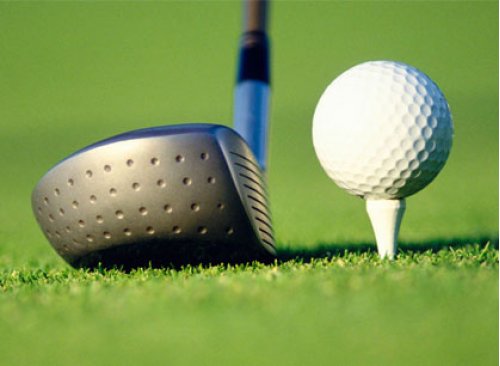 Welcome to Day Thirty of The November 30/30 Challenge.

The final activity I am going to highlight is Golf!

Did you know that Golf is the third most played leisure activity in Victoria?

I suppose it's not really surprising, considering the amount of people you see walking around a golf course on any given weekend.

Golf isn't really my thing, however I can definitely see it is a game of skill.

Back in high school, I attempted golf. I say attempted because it took me 35 shots to get it into the first hole, after which I gave up. It probably didn't help that my friend and I were screaming with laughter by the end. It certainly wouldn't have helped my aim, anyway.

My hubby's grandmother has played golf for years, and still plays three times a week even now. Guess how old she is!

She has been in the newspaper numerous times, and attests that playing golf and living a healthy lifestyle is what keeps her going strong.

Well, it has certainly worked for her!

Playing golf has a lot of benefits, some of which include:

Teaches imagination and creativity (how to get the ball out of a particular area, for example).

I'll finish off with a great quote I read...


"The number of shots taken by an opponent who is out of sight is equal to the square root of the sum of the number of curses heard plus the number of swishes".
~Michael Green, The Art of Coarse Golf, 1975

I think that suits me perfectly!

This finishes The November 30/30 Challenge series.

I hope you have enjoyed it, and perhaps found a couple of new activities to try.

There could be something to add to your New Years Resolutions list for 2013!

Thank you to those who have participated, and I hope this challenge has motivated you to be more active.

It certainly has done for me.

Linking in with With Some Grace for FYBF